I learned to comment smartly.I learned it by commenting on my friends blog.

Email ThisBlogThis!Share to TwitterShare to FacebookShare to Pinterest
Labels: control, kiwi can

LI: To write a poem that is about feeling


I learned to write a poem that is about feelings. I did the feeling sad. It was about me sad about my soccer shot that I missed.I learned it by going on a template that Mr Wong put on our inquiry slide. There were four links. They were diamante,  Cinquain,Limerick, and Haiku. I chose  haiku.

Email ThisBlogThis!Share to TwitterShare to FacebookShare to Pinterest
Labels: keyboarding, other

LI Having a point of view and constructing an argument.
LI Structure of an argument

I learned to have a point of that make an argument. In our groups we had to split into half one side had to be for and the other had to be against. I was against we had to write a script it had to be 1 minute.
I learned it by making a  hypothetical video.

LI:To make a net into a 3D shape


I learned to to make a 3D shape that has a different capacity than its volume. I did this by making a net a net is a 3D shape that is folded out. We had to have tabs. Tabs will help glue the shape.I learned it by making my own measurement instead of tracing  a shape because it will be easier. 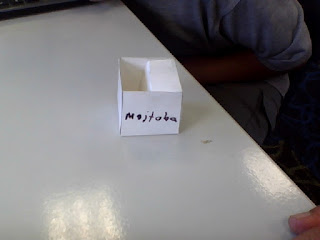 LI: to separate a fact from opinion


LI: To identify the main idea

I learned to separate a fact from opinion. I learned t o identify the main idea. I learned it by first understanding what they mean then finding them.I found it by reading a book about  possums then we had to in a group we had to to do a fact and opinion template then  we had to do a main idea template after that we had make a poster about should possums stay or don't stay 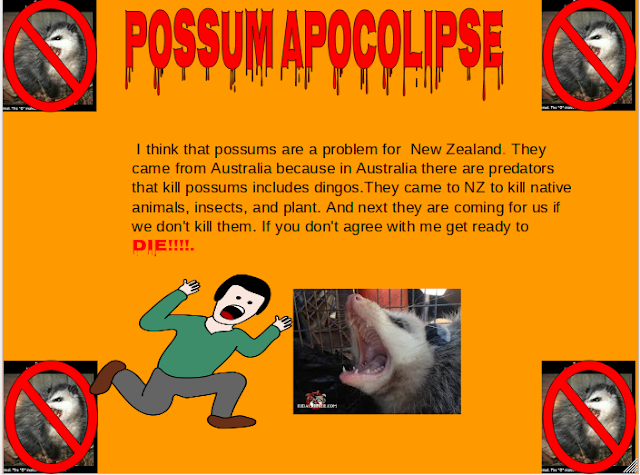 For this session we learned to jump we learned what to do and what not to do.I learned it by playing a game Andy put us into four groups  I was in group one. In this game The goal was to see  which group will jump the furthest. After that game Andy told us that group one and two were one group and groups three and  four was a group. In this game we had to to form a lines on the sides of a circle in a the netball courts. The goal of this game was the first group to go to the other side of the circle first wins.

Email ThisBlogThis!Share to TwitterShare to FacebookShare to Pinterest
Labels: kiwi sport, other

LI: To know what is the pattern of a poem

LI:What is a point of View

this is my two paragraph
rugby vs soccer

My point of view isn't that rugby is the best sport in the the world because people get hurt.My opinion is that soccer is the best sport ever because it is a non contact  that means that now one will get hurt and it is fun to run around it is also good for you foot muscle. In soccer you can also be faster because in a soccer field you have to run to find space  to get passed to.

Rugby is not a bad sport but  I think that soccer is better because of the non contact. Here is why I like soccer.Because It my family's favourite sport, because you get lots of money, because I want to be fast and not to be lazy. That doesn't mean that rugby is dumb it just means that my point of view is different.

Email ThisBlogThis!Share to TwitterShare to FacebookShare to Pinterest
Labels: point of view, writing


I learned to type fast by putting my finger on the right keys.I learned it by using a template in this template we had to copy the letters that are already on it. 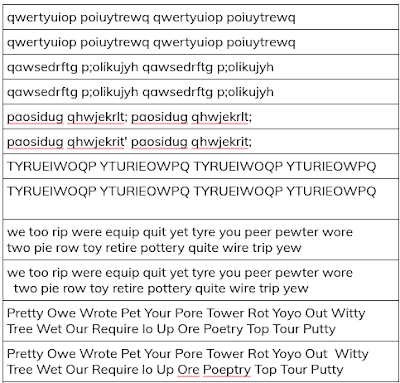 L.I. To create my own 3D shape with a different capacity from volume.

I learned to make a net.A net is a 3D shape that is broken up into a net.I learned it by  using the shape that I am making the net for.I am making a net for a cube. We also need the tabs because when you glue it you  have to glue the tabs.

LI: To separate fact from opinion


LI: To find the main idea

I learned to separate a fact from a opinion  I did that by using a google drawing. We separating the fact and opinion from the clip that was called The Island.We also had write what was the main idea.I learned it by understanding what fact and opinion means then I had to work as a class to do the first one the second and third we had to do on our own. 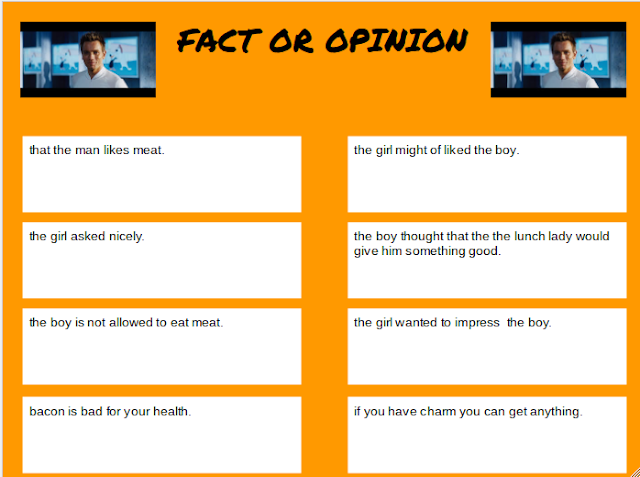 Email ThisBlogThis!Share to TwitterShare to FacebookShare to Pinterest
Labels: fact Or opinion, reading

I learned to make a net.I learned it by using the shape that I am making a net for. I made 3 nets 2 of my nets are a pyramid and one of them is a prism.These nets will be a 3D shape if you fold it up.

LI: To create a cooperative game

I learned to to make a game that people can work together. l learned it by playing games with Mr Ogilvie about  cooperative games.Then after we played the game we had to go into groups of four and think of our own game that includes team work.I worked with Aung Naing, Andrew, and Te Pounamu. Our game was the called don't drop the dragon ball. We played it like this you were in   4 groups and the goal of the groups were to get their ball and himself to the other side of the hall without touching the floor. The were only allowed to go in the hula hoops.

Click here to take you to our slide about our game
Posted by Mojtaba at 19:07 No comments:

LI: To separate fact from opinion

Email ThisBlogThis!Share to TwitterShare to FacebookShare to Pinterest
Labels: fact Or opinion, reading

I learned to react fast. We react fast by listening and not looking at the starter.The starter  is the person the start a race.I learned it by focusing  and trying hard. And by doing drills on reacting fast.

Today commented on Chris's work his work what about kiwi sport.I learned it by reading his blog and connecting to it.

Email ThisBlogThis!Share to TwitterShare to FacebookShare to Pinterest
Labels: commenting

I learned to type fast using all of my fingers.I learned it by going on a  doc and practicing my keyboarding so I can type really fast.Some times I went on a game of keyboarding  it is called dancing mat typing.

keyboarding
Posted by Mojtaba at 16:51 No comments:

L.I To learned about our emotions

I learned about emotions and how people know how we feel.They know how we we feel by know action.I learned it by playing a game that we Mrs letoa and Mr malo had to give us an emotions we had to take a selfie but we were supposed to feel like the emotion that we were given.

Email ThisBlogThis!Share to TwitterShare to FacebookShare to Pinterest
Labels: kiwi can

LI: We are learning to be able to identify what makes an effective advert

I learned to identify what makes an effective advert . I learned it by watching some adverts and after I watched the advert I had to make a doc about the advert, I had to work in a pear. For example we had to write what  the advert had  and would you buy it.

L.I To identify characteristics of a good team

To identify the main idea in a text

LI: To recognise and understand the purpose of advertising (persuasive) language features

I learned to  know what advertising means.Advertising means the activity or profession of producing advertisements for commercial products or services. I learned it by working with my partners Karlos and Chris.We had to do six advertising google doc in the docs we had to answer some questions

advertising
Posted by Mojtaba at 18:58 No comments:

LI; To  reflect , rotate and translate a shape.

LI: To learn about the difference between persuasion and influence


I learned the difference between  persuasion and influence. Persuasion means only one time you are tricked.Influence means you are getting tricked many times.I learned it by going on a slide  that Mr Wong made. We had be in partners. In  that slide we had to write what was the same and what it made other people feel like. The things that we were supposed to  compare and write what it made other people feel like were about the 80's movies, McDonald's, health,  and coke.


imagery in media
Posted by Mojtaba at 16:57 No comments:

LI; To identify the main idea

I learned new things about NZ history like Potatau Te Wherowhero became the first Maori king.While we were reading about the articles we were also trying to  skim and scan so we got ideas faster.I learned it by going on a site that we could find information about different kind of timeline we went on it by going on reading on the LS2 site , we went to a slide that had a  link that took us to that site.We had to find interesting information and we had to write those info in a big piece of paper with a vivid after we were finished we had to go by the white board and tell Mrs Anderson  our questions that we have from the info we got on the piece of paper. I have a question My question is that How did the Maori's pick a king.