He was to excited he held  on to the rope.Suddenly the rope snapped like a bird snapped it.He said "I will die" He closed his eyes pretending to die .


Suddenly an eagle came and saved him.The eagle slowly put him on the ground and fly away .Freed was so happy that he wasn't died
Posted by Mojtaba @ Tamaki Primary at 19:38 No comments:


He was to excited he held  on to the rope.Suddenly the rope snapped like a bird snapped it.He said "I will die" He closed his eyes pretending to die .


Suddenly an eagle came and saved him.The eagle slowly put him on the ground and fly away .Freed was so happy that he wasn't died
Posted by Mojtaba @ Tamaki Primary at 19:38 No comments:

Once there was a lady who was reluctant to be marred.Her dad was died in the war so she wear a poppy for a reminder of her feather.She wear a wedding dress white as snow. She had to go on a honeymoon .She asked her mother "do I have to marry him" her mother said in a angry voice "yes!"

It was on her merged day.She mat her husband.She had to take photos with him. She had smile but she really didn't want to smile. So she made plain .She was inside a church with her husband . She said can I got out side and have a bath bye my self .So there was she when on one was looking she put her high heels off and ran like wind .She was lost .

She was thinking about her husband she felt bad for his husband. So she shouted help! Help!Help the husband was looking everywhere for her Then they finely meet and marred.

Posted by Mojtaba @ Tamaki Primary at 19:09 No comments:

Once in a haze forest there was a an man named jack .Jack was separated him from his wife and sons .Jack said “where am I” the person that separate him said “you are in a haze forest there might be some zombies on your way walking “ the shock with fare and said zzz zombie “don’t worry there are some sordes in your bag oosome.The man went walking . Suddenly he saw some wolves he said “oh der” then he said wait a minute I have a sword in my bag” he got the sword out but the wolves pulled the sword out of the man's hand he said “I’m to young to die” He was walking back words. Suddenly he stopped because their was a huge posse water. He closed his eyes and suddenly something magic happened he had magic powers he froze the wolves and suddenly he went back to his wife and sons.
Posted by Mojtaba @ Tamaki Primary at 17:49 No comments:

WALT understand what we have read

Posted by Mojtaba @ Tamaki Primary at 15:24 No comments:

WALT no our time tables and adions 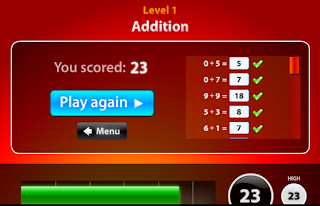 Today we did speed skills my score was 23 next time I will beet my self` learning my basic facts and my time tables will help move up levels
Posted by Mojtaba @ Tamaki Primary at 17:54 1 comment:

Once there was a husband and wife. the wife's name is the wife's name is Marry . Husband's name is messy .Mary said “ wear your coat messy. Messy said “okey”. Messy said “where are we going”.”We are going for a walk in the foggy forest ”.In the forest there are orange leaves that crunch like popcorn.And there was huge trees. Then they were lost they couldn't see where they were going. Marrys foot got stuck in a bear trap she yelled Help!Help!. The husband was muscle man he tried to open it but he couldn’t open it . He tried again he was re zelent he tried and tried and finally he opened it mary was crying like a baby .Messy called the ambulance .The ambulance took mary to the hospital.Aftar a week mary was okey
Posted by Mojtaba @ Tamaki Primary at 16:23 No comments: 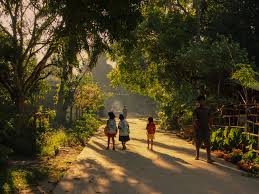 It was a glorious morning."wake up kids it is a school day"said Dad.The three girls were sleepy and tired .They had wit bix  for breakfast. They were all most late.School starts at 9 pm. Unlikely they didn't  have a car!Dad  walked with them only half way to school.The rest they had to walk by there self.They were  twirling on the way to school.  They went through a tunnel.It was pitch black. But they weren't scared they were holding bands.Then they reached school Then it was 3 am.At 3 am school finishes.They were playing in the park  wale Watling for for dad to pick them up.


The girls weren't smart. There was a man who made him self like there dad. He was a kidnapper."I will get those girl and take them in the desert Ha!Ha!Ha!Ha!".He came to the girls.Lets go home. The girls believed him.When  they went to the car the girls said"I thought you didn't have a car.The kidnapper said "will when you were at school I buy one.The girls went in the car .They went   past there house the girls hay dad there is our house . The kidnapper said " we are going on a fill trip.The kidnapper lift them there and went away.


The dad came to school he he was looking for his kids.But no one was there. the kidnapper called the dad.And said "I have your kids give ,me 10,000 dolour.The dad was smart he said "I will give you 10,000 dolours come to my house.The kidnapper was dam he belied him.He got the kids and raced like a racing car to his house .But in the mean time the dad called the police .When the kidnapper comes to his house the police will caper him.The kidnapper went to jeal. The girls lived happy ever after.
Posted by Mojtaba @ Tamaki Primary at 14:09 1 comment: 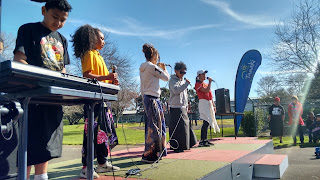 I liked the bands because their was loots of music come in my ears . asphalter the hot day song and it was a hot day  I was burning like marsh ma lose.I could hardly see any clouds in the blue sky .only  one tiny cloud was in the sky.It was feeling like I was in a pot a giant pot.  I had a jacket on so it was super hot .I teaches my heir it was like fire burning.finely we went inside then it was better .That was the hottest day in my life so far.We were outside that's way it was super hot.Room 4 showed us what they were in weddings and birthdays. We were not alone there was  Ruapotaka school watching us to . Ruapotaka school visited us because there school needed some cleaning.
Posted by Mojtaba @ Tamaki Primary at 16:46 1 comment:

WALT know the function of the spleen

Posted by Mojtaba @ Tamaki Primary at 16:23 No comments:

Today swimming was amazing. We learn't to stroke with our head on our arm.And we kicked with flutter board .And we had a noodle race the horse in the front a the rider behind the rider has to kick .And we did back and front gliding it was heard first then the man said you have to be flat then it worked  then I could do ti.

Posted by Mojtaba @ Tamaki Primary at 19:28 No comments:

WALT recode a bit or life

My cat liked to play in bush but I didn't went him to go in the bushes. Because it had a green snake in it.My cat's name is  messy because he is so messy .


Later the snake got messy. The snake went around him and squeezed him  like a cuddly  bear .I looked out of the window I saw him all shaking. I thought that he was having fun I said HI!

Then  I saw the snake I went outside and got a rock and  tried to hit the snake but! antecedently I hit my cat I said ups y . Then I got a   another  rock and  aimed in the snakes head .Then I finely got him in his head.Then I lough  . HA ha ha ha ! Then then my cat was safe from that chick snake
Posted by Mojtaba @ Tamaki Primary at 19:02 No comments:

today we learn't how to do dolphin paddling and we learn 't how to do strock  line .I got kicked in the nose it didn't  heart only a little bit .I heart my nose on Tasi's niess.We paddled with a board I was a little bit good because I been toot that at my old school

Posted by Mojtaba @ Tamaki Primary at 16:06 No comments:

WALT write retorting a bit of my life

Bush walk One day me and my father went for a bush walk. It was o'clock in the morning. It was a little bit scary . I felt a bit lonely. It was bushy my foot got stuck but my dad helped me. It was very quiet. It was a little bit bright and at the same time it was dark. Then the birds woke up. The sun was very bright then. I saw as the bright beautiful sun rises in the sky. The colour of the sun was yellow and a little red. I felt the heat and light. I heard the come full sound of the water . I said to Dad can we see in water my dad said yes.When I saw in it there were colourful fishes everywhere they stripy. The sun made the water shiney . I saw some colourful birds setting on the trees they nose but come ful. They screamed like they needed help. Then I saw some bushy leaves on the ground they bonsey like a trampoline . some leaves were wet some were dry. The grass was wet it most of being running at night .
Posted by Mojtaba @ Tamaki Primary at 19:42 2 comments:

WALT know the organs in the body


Hi my name  is Mojtaba and  I went swimming . I learn 't how to swim like a more made it was very hard but I tried. We had to kick with our hips .   That was a bit easy because I been toot that in my old school. We had to keep our foot striate other ways  your not using your big muscle .   The teacher used me to show the other kids what to do. And we learn 't how to flout on our back  and forth . Our teacher was a male .

Posted by Mojtaba @ Tamaki Primary at 19:36 No comments: