LI:To be Athletic
This on Wednesday we went Elsmore park in Howick for a big competition against other schools like PT England and Stonefield.

The first event was 400 metres sprint. I was part of that. I Competed for the year six boys. I was very nervous but it started. We all had specific lanes. I was lane three. The race starts and I am third. I was third until Pt England's competitor came in front of me. My final score was fourth. I am proud of my self for doing better then last year. After me it was the Lorenzo's turn. He competed for the year five boys, he also did well, he managed to become fourth. I think he did good. Then it was Sandra. She competed for the year six girls. Sandra also did well she managed to come fifth.

After the four hundred metre race it was time for the 4 x 100 relay team. First was the year five and six team. They Managed to come third. It was the heats. They managed to go into the finals. They final was at the afternoon probably the last event.

After the 4x100 relay it was the boys turn to do the 50, 75, 100, and 200 metre sprint. My friend Mathew was in that competition. He came third. A good effort from him. But rechinzo game second and  manged to go to the final.

After Lunch time it was time for the boys to go to the field events such as high jump and long jump. My event was high jump. I had to wait a long time but eventually  it was time for high jump for the year six boys. Me and my friend Matthew went. Matthew came third and I came fourth. I think I did well. Matthew did well to. 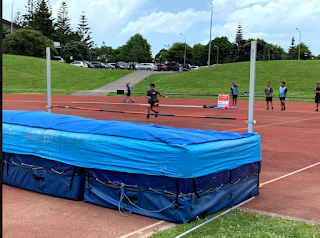 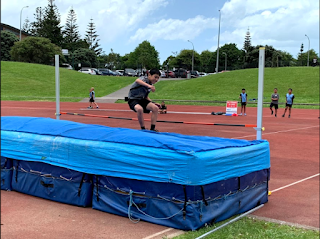 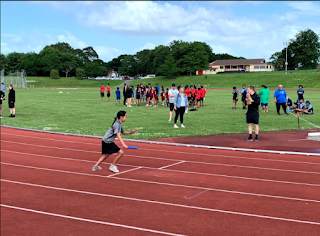 Email ThisBlogThis!Share to TwitterShare to FacebookShare to Pinterest
Labels: Athletic